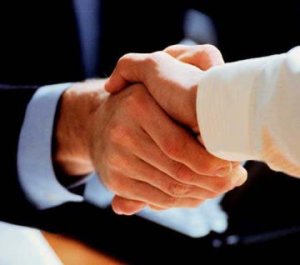 When it comes to bonds, most laymen are familiar with bail bonds. They do however work in a similar manner, but are used in the business field. A surety bond is essential a guarantee that the principal will deliver on a contract made with another party. If they fail to deliver as promised, then the bond issuer will be forced to pay a stated sum as compensation to this party and pursue compensation from the principal on their own. The bond issuer usually tends to be a formal financial institution like a bank, insurance company or specialized bonding company. They are obligated to sustain a liquid position that will allow them to quickly make payment on bonds issued if a claim is made by the receiving party. The bonds are legally binding contracts with terms laid out based on the contract details provided by the party.

The terms should indicate such information as how long the project has to be completed. As long as the principal performs according to the laid out terms, then there is no further cost involved in the bond, and he should be able to regain documentation to any collateral that may have been used to secure the bond.

The main benefit here is to the person hiring the principal. They do not need to suffer financial cost due to delays or other poor performance on the part of the contractor. The bonds are also of benefit to the principal or contractor because they allow them to utilize their cash in completing the job rather than having it secured for bond. In many cases where collateral is not required they are essentially securing a guarantee not based on an asset, but their financial performance that is evaluated by the bond issuer. If the financial statements indicate the principal is able to complete the project well, then the bond issuer just charges a small fee to issue the surety bond.

Finally, it is important to understand that the bond not only protects the principal, but also helps out the contractor.  Instead of only bidding on a few jobs, a contractor will be able to bid on lots of good bonded jobs, which can substantially increase the bottom line.  For example, a performance bond can cost three percent (3%) of a job, but the jobs usually have a lot higher profit built into them.

34 thoughts on “Merits to Surety Bonds”